The 50th anniversary of the National Flag of Canada

Our Canadian flag is already 50 years! The history of this flag may be shorter than the one of our country, but it also deserves attention.

The drawing displayed on the Canadian flag has its own story. After the two World Wars, the government of Canada discusses the importance of having a national flag. However, it was only in 1964 that the creative processes actually begin. A parliamentary committee, composed of one representative from each party, determines three choices of design for the national flag after having eliminated a thousand drawings. You can see them all on the Canadian Heritage website (http://www.pch.gc.ca/fra/1359645764952/1359645851381).

Finally, the committee chose the flag composed with the colors red, white, and red and the maple leaf in the center. These colors are present on the General Service Medal created by Queen Victoria. Red and white were designated since 1921 as Canada's national colors by King George V.


Thus, we celebrated the 50th National Flag of Canada last month, but also the history who lead the creation of this symbolic national symbol for all Canadians. 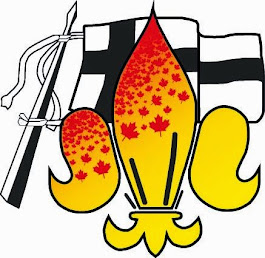